The IRC Has Released a “Grid Map”

The Arizona Independent Redistricting Commission released a “Grid Map”. The map can be viewed on their website.

The grid map is not a draft map, nor is it a final map.

The grid map simply serves as a starting point to ensure the commission starts from scratch when they draw legislative and congressional districts, as they are required to do. It is intentionally designed to be massively revised.

As IRC Chairwoman Erika Neuberg said in the meeting during which they adopted the grid map, “these are arbitrary, starting point lines”.

The grid map is created by finding the population center of Arizona, splitting the state into quadrants, and creating districts by moving equally outwards from that center point until the population requirement is met. 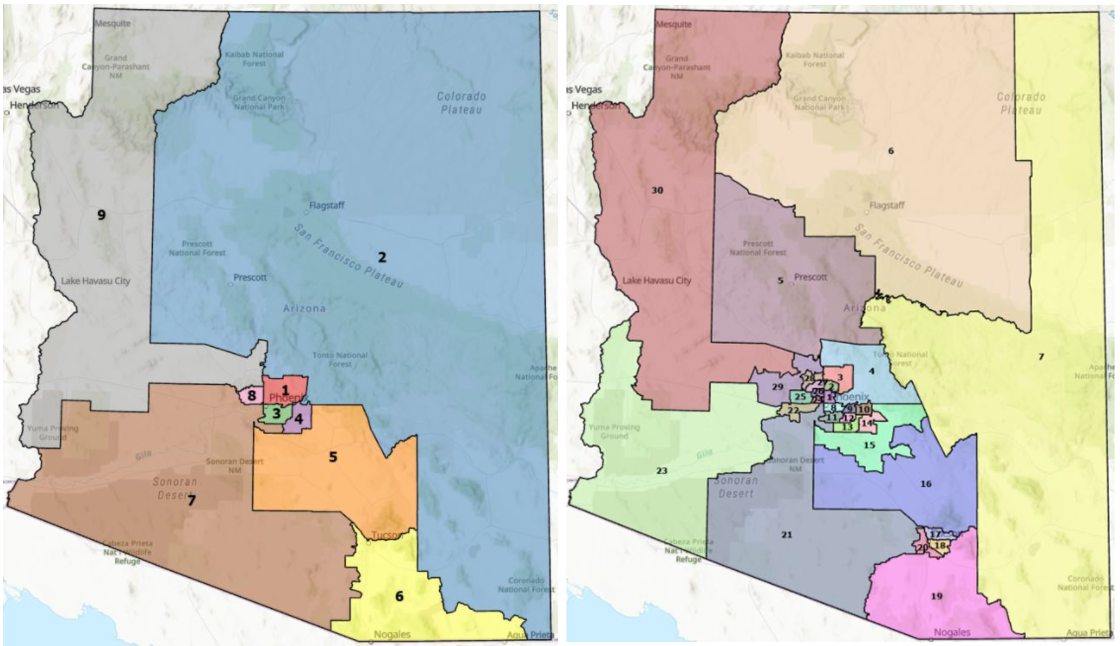 For a more in depth explanation, you can watch the video of the IRC’s mapping consultant explaining how the grid map is created during the IRC’s last weekly meeting.

Now that the IRC has produced a grid map, they can begin making changes to it based on the community of interest testimony that was provided during their listening tour this summer. The IRC will then produce the first of many draft maps, and will hold public hearings to get further comment later this fall.

We will keep you informed of those decisions and upcoming hearings.